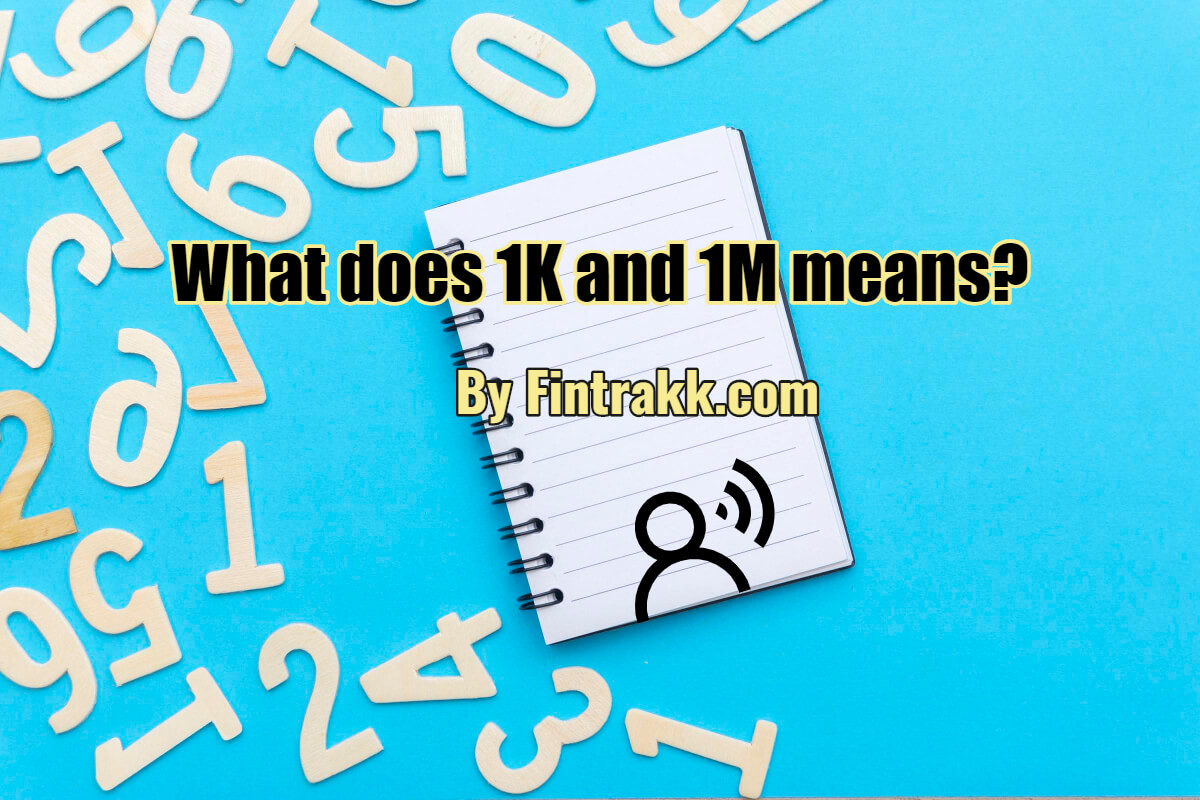 You might have come across numbers like 1k, 2k, 10k, 100k and so on. Wondering 1K means how much in money? Or what’s the meaning of 1M talking about value and pricing?

Do you also count zeroes like an 8th grader when it comes to deterring an amount written like Rs.1950000? Well, we’ve all been there. The concept of putting K or M in front of values must be a lazy man’s way around numbers! Just kidding! But it is around us now, wherever you look the zeroes are replaced by ‘K’ or ‘M’, be it Facebook likes, Twitter Retweets or Instagram followers. In this article, we answer all your curious cats about the topic. Let’s get into it!

In the digital world, 1K is used to refer to 1 thousand, and 1M is used to refer to 10 lakh. so when it says 18.5k it means 18,500. the letters act as a suffix to the numerals as a substitute for zeroes. Note that this does not apply with money as Million is according to US dollars and the currency conversion rates apply.

The logic behind ‘M’ being used for ‘million’ is obvious. The initial of million is used to denote it as is done with many other abbreviations. Like LG is “Life’s good” or “Be Right Bank” becomes BRB in the digital slang language. By this logic, you must wonder then why do we use ‘k’ for thousand and not ‘T’?

In Greek, K represents “Kilo” and Kilo means a thousand. Such as,

That is why the letter ‘k’ is used to denote a thousand of something. It was first used by French scientists to denote thousand. The word kilo however is known to originate from the Greek language Khiloi.

You may also like Cryptocurrency in India: The Scope

You often must have encountered the net value of a company is millions. Or maybe when companies raise capital from VCs or other sources. For instance “Paytm raised 10M from Softbank”. Here 10M denotes to 10 time 10 Lakh i.e. 1 crore. However, if you Google 10m USD right now, it will show an amount like Rs.74,824,491. It is because of today’s USD exchange rate. You need to multiply the exchange rate with 10 lakh to determine the current value. It fluctuates on a daily basis.

What is the difference when you read 18.5k and 18,500? It is the time taken to type it, the space covered by it, and the convenience to read it. In this world of digital slangs, everything is used as short forms for quicker and easier communication.

For your information is shorted to FYI, As soon as possible is written as ASAP. It is suitable for both the person typing, as it takes less time and space and the person reading as they don’t have to count the number of zeroes to determine a value. Which is easier to read? Rs.74,824,491 or 1M? The later one, of course.

1K and 1M in Social Media

This K and M terminology is quite commonly used at different social media platforms. The next time you spot a celebrity having 100k followers on Twitter or Instagram, you can easily guess what it is.

Also, don’t miss to checkout different ways as to how to make money online.

We hope you are now clear on the abbreviation and usage of ‘K’ or ‘M’ with numbers. Now, that you are clear about the meaning of 1K and 1M, it won’t be difficult for you to understand some really big numbers. Right! Feel free drop in your views about the same below.

1 thought on “What Does 1K or 1M Means? Talking About Its Meaning in Money, Prices”