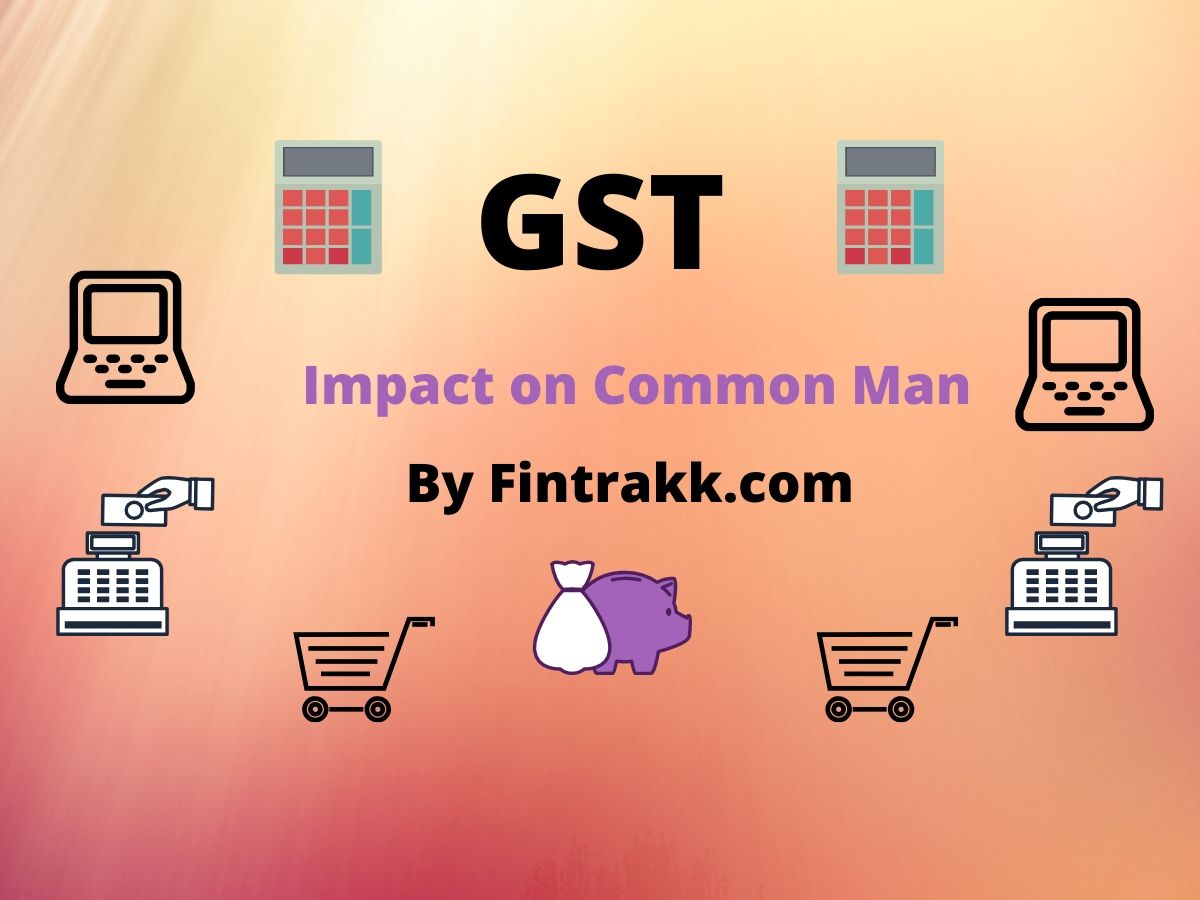 Through this blog you shall become familiar about GST or Goods and Services Tax: Impact of GST on common man. What are the advantages and disadvantages of GST in India. How it will impact our the life of a common man? How the common man will benefit from GST ?

GST or Goods and Services Tax was introduced in July 2017 in India. GST had been a hot topic of discussion everywhere in the year of its introduction. No wonder, it still remains a trending topic to discuss around. Being be aware of different aspects of GST has become all the more essential.

Keep reading further, to have a deeper insight of the positive as well as the negative Impact of GST on common man.

Presently, there are around 160 countries that have implemented GST/VAT in some form or the other. In few countries, VAT is the substitute for GST. But, conceptually it is a destination based tax that is being levied on the consumption of goods and services.

The rates of GST play a crucial role in its successful implementation. Various countries have been struggling to rationalize the rate structure.

India finally launched the new GST or Goods and services tax after crossing the various hurdles that came its way.

Have a look at the Infographic below, that will give you an overview of GST or Goods and Services tax:

What is GST or Goods & Services tax? What is its Impact on the Common Man ?

A single form of tax known as GST or Goods and services tax will be applied throughout the country, replacing a number of other indirect taxes like VAT, Service tax, CST, CAD etc.

GST or Goods and Services Tax – Being a new law, a new tax that brought with it new challenges to face. Hence, this had to be tackled with utmost care.

So, a bundle of indirect taxes got replaced by a new tax in India known as GST or Goods and Services Tax. Hence, leading to a much simplified tax regime as compared to the earlier complicated tax structure comprising of numerous taxes.

As and when a new reform or bill comes and a new law is imposed, it surely leaves its impact especially on the common man. It is ultimately the common man who is directly or indirectly affected by the implementation of any new tax.

And this time too there’s was no exception, the common man had to get ready for the implications. Who is the common man here? This includes not only the final consumer of goods but all the small traders and service providers who are directly affected after the introduction of GST.

Here, we have tried to cover up the major points related to Impact of GST on the common man or the final consumer. You shall also know the overall impact of GST.

Simply stated, we have highlighted the main advantages and disadvantages of GST. How GST impacts the common man?

Demerit goods like tobacco, tobacco products, pan masala, aerated drinks and luxury cars shall be charged at the highest rate of 28%. An additional cess on some luxury goods shall also be imposed.

Services that were earlier taxed at 15% shall be taxed at a higher rate of GST @ 18%. Various goods have been classified to fit into the above categories.

Important Note: The GST rates given above are a general overview of rates when this new tax system was initially launched. GST rates have been revised on various occasions and might vary on different category of items. Kindly check the respective rates from a tax consultant.

Positive Impact of GST on Common Man: Advantages of GST

Negative Impact of GST on Common man: Disadvantages of GST

Although big businesses having ample staff can handle the whole process very easily. But, what about small traders/service providers or individuals who have just started their business or service, isn’t that getting a bit complex for them? A small exemption in this regard might be a big sigh of relief for such people!

In the year of its launch, a range of GST training and Courses had been provided by the Government, various institutions and companies to educate the people all around.

However, GST or Goods and Services tax is a long term strategy planned by the Government. So, its positive impact shall be seen in the long run only.

A well designed GST Policy can bring a qualitative and real change in the tax system of India.

A massive IT Software has been developed for the successful implementation of GST to bring things online. Revenue officials were also being trained for turning GST into a reality. But, the actual performance and results can be visualised over the years.

Talking about the different sectors, some might have gained, some might have lost. But, ultimately we will have to get used to this new tax. A landmark reform having a great impact on India and its taxation system.

Let us hope GST or Goods and services tax leaves a positive impact and helps to boost up the Indian economy and convert India into a unified national market with simplified tax regime.

A rising Indian economy will anyways help in the financial growth of the common man!

Let us hope this “One nation, one tax” proves to be a game changer in a positive way and proves to be beneficial not only to the common man but to the country as a whole.

How positively it will impact the life of a common man? Feel free to give your opinion on the same to help our readers learn more about GST! And yes, don’t forget to share it with your family and friends, after all GST an interesting topic that everyone wants to know about.

Also,have a look at one of our most popular blog post on Investments to help you in your right investment planning: 7 Best Long term Investments in India !

41 thoughts on “GST: What is the impact of GST on the common man?”