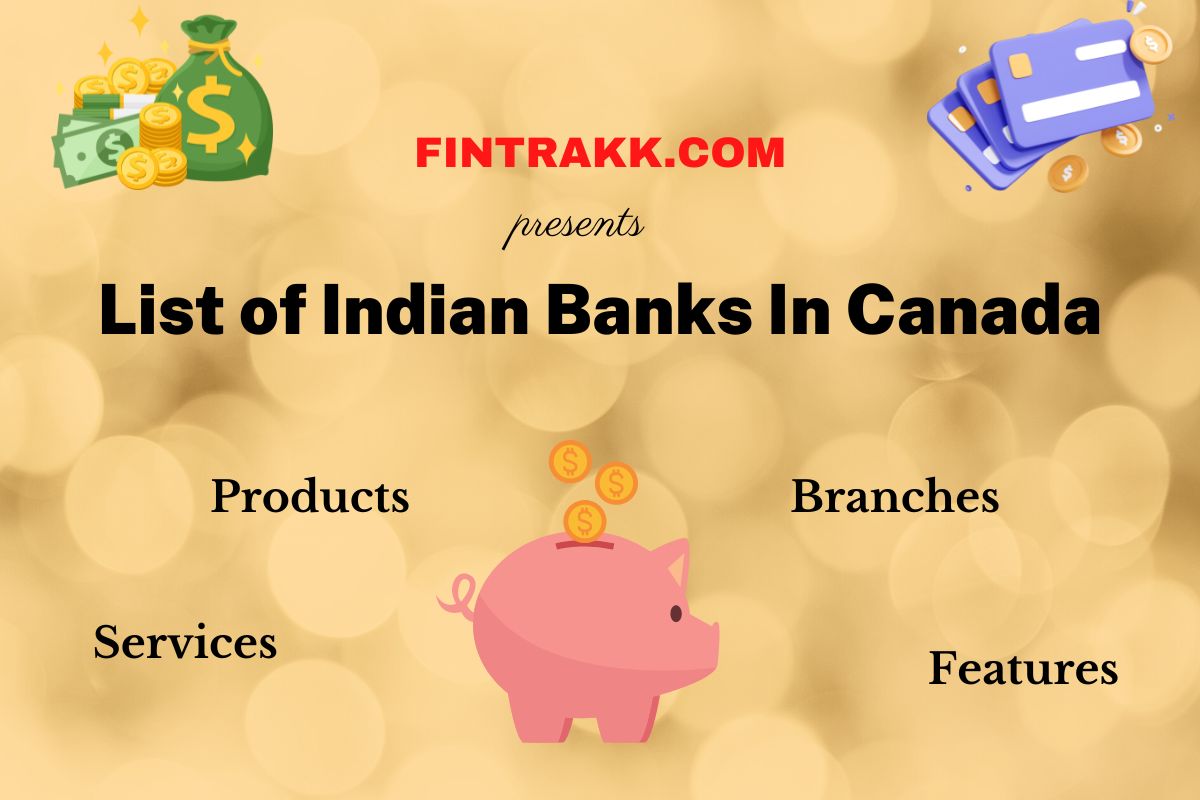 Are you a Non-Resident or Canadian Permanent Resident or a Citizen searching for the List of Indian Banks in Canada? Here we have compiled an exclusive collection of the popular Indian banks having branches in Canada.

Years ago, Indians migrating to Canada lamented their inability to access financial services in Canada. It was especially hard for students that relied on their parents in India to send money to them in Canada.

Students and other migrants were unable to use their bank cards to withdraw money in Canada or access their accounts. This was why some of them had to open dollar accounts that had expensive charges before going to Canada. Sending and receiving money through this account became tedious and too expensive. They couldn’t rely on money transfer agents either because most are unreliable with unfavorable exchange rates.

The only solution was for Indian banks to open branches in Canada. And, this indeed proved to be fruitful for Indian migrants to Canada.

Indian banks established branches of their banks in Canada and some other foreign countries. The purpose was to make it easier for Indians to send and receive funds, and perform other banking transactions.

However, it was easier said than done because establishing a foreign branch takes time, effort, money, and resources. Moreover, they need to follow the financial bureaucracy of the foreign country. Hence, only very few Indian banks have branches in Canada. The reason is that not all Indian banks have the means to do so.

Until half a decade ago, it was only SBI (State Bank of India) that had a branch in Canada. Later on, ICICI Bank joined by establishing a banking institution in Canada.

Both Indian banks have opened more than one branch in Canada and have served thousands of Indo-Canadians.

SBI was the first Indian bank to establish banking offices in Canada, and the operation began in 1982. It has served the Indo-Canadian community for nearly a century and is still expanding its base. The bank’s assets are estimated to be about 540 million dollars. State Bank of India owns SBI Canada.

The parent branch of SBI in India was capable of opening a Canadian Branch because it had the resources to do so. SBI has been known to provide the best financial services in India and has millions of customers. With thousands of branches and hundreds of employees in India, it’s no wonder this bank is very popular amongst Indians migrating to Canada.

For the Canadian Branch, SBI provides various financial services in full form just like the Indian branch. You can get a loan, mortgage, remit funds, open an individual or corporate account, and so on. The employees are friendly to clients and are ever ready to help. In addition, the Canadian Branch has a physical presence and an online banking system.

SBI Canada branches can be found across Canada in various cities like:

Do Enjoy Reading  Study in Canada after 12th: Best Courses for Commerce Students 2023

Furthermore, State Bank of India Canada workers speak fluent English and various Indian languages. This has endeared them to Indian clients in Canada. In addition, customers enjoy personalized financial services that are made just for them.

ICICI offers both banking and investment services to Indians in Canada. Its latest branch would be in Calgary, Alberta, Canada.

ICICI Bank was founded in Canada in 2003. ICICI has always been a bank that makes its clients its top priority, and the Canadian branch is the same. The Indian branch decided to open an office in Canada due to the influx of Indian immigrants to Canada.

ICICI is a well-known bank, but has fewer assets when compared to SBI. Its assets are estimated to be around 25 million dollars at the time of establishment, which is lesser than SBI Canada assets. However, its assets grew to four billion dollars five years later and have continued to grow.

The parent branch of ICICI Canada is ICICI India, and Mumbai is the headquarters of the Indian branch.

If you are a newcomer in Canada, you might be interested in exploring Best Bank for New Immigrants to Canada.

As a private financial institution, it offers a wide range of financial services to its clients. As a customer, you can open different account types, invest, get loans, remit money, and many more.

As stated above, the branches can be found across some towns in Toronto (Ontario and other states), British Columbia, and Alberta. It will soon open another branch in Calgary to provide services to the Indians there.

You may also like to discover the Best Banks for International Students in Canada.

Banks in India are stepping out of their comfort zones by establishing branches in foreign lands. They don’t only open offices in large provinces in Canada, they now cater to those in small provinces. This is a way of ensuring financial inclusion for Indians that live in small towns in Canada. Furthermore, Indian banks in Canada are urging Indians to invest in their banks in Canada.

Have a Financial Query? Join FINTRAKK Club for FREE!!