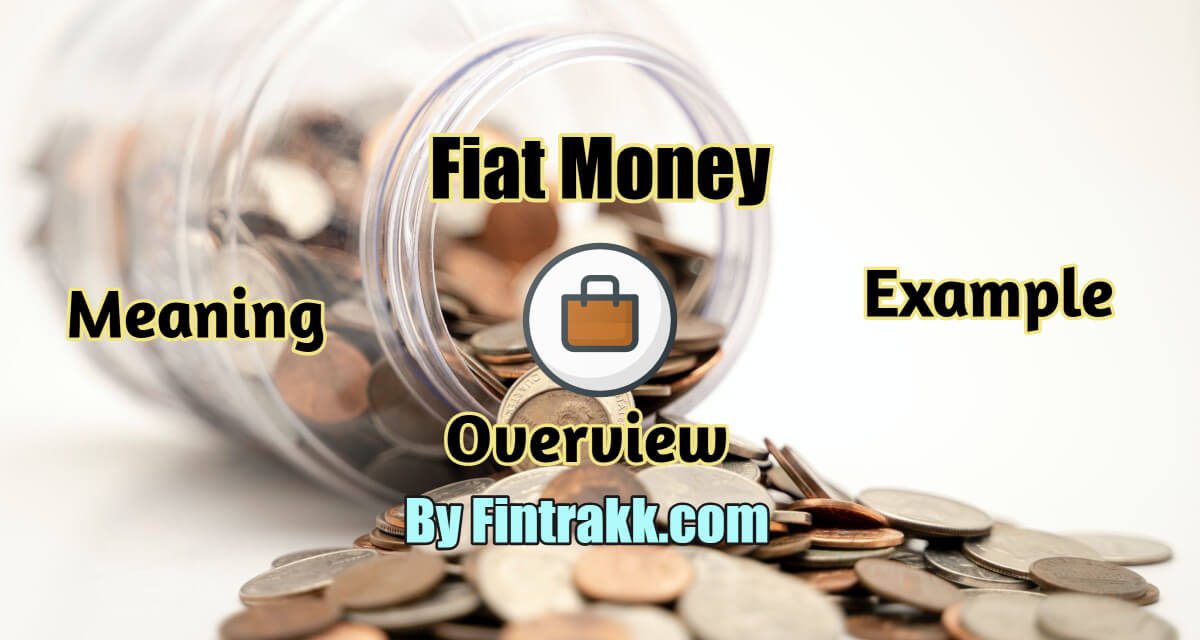 Countries all over the world have shifted to the fiat mode of currency, over the past century from the initial commodity base. Earlier people used gold, silver, and bronze coins for monetary exchanges but it soon phased out as some kind of stability was needed on the currency over time. That’s the thing about money, people rely on its value for a financially secure life. But what exactly is Fiat Money? Let’s have a closer look at its the meaning of fiat money and how does it work.

It is the paper-note based currency issued by the government that does not have any physical assets backing it. Its value is determined by the issuing government operations and the demand and supply chain in the economy. In simpler terms, the physical currency notes used by us i.e. ‘cash’ is referred to as Fiat money.

Remember the demonetization policy of 2016 in India? The Government placed a ban on all Rs.500 and Rs.1000 notes. This could take place because fiat money is under control of the ruling Government and its issuance, printing, and quantity decisions are all taken by the finance ministry and statutory bodies like Reserve Bank of India. When the notes were discontinued by the government, they became nothing but mere paper with no physical backing. Gold, for instance, is a commodity and has its own value. It can not be simply declared rock one fine day.

Fiat money is also termed as Legal Tender Money. Major currencies like the US dollar, Euro, Rupee etc. are fiat currencies used all over the world. They can be exchanged in both, physical and digital forms. So, where did all start from? Let’s find out as we unveil the journey of Fiat money in the world.

Do Enjoy Reading  How Joe Biden Presidency Might Impact the India INC.?

The period is 1000 A.D and the place Tang dynasty, China. The government could not meet the increased demand for metallic coins. Demand exceeded supply which caused a shortage of currency. Naturally, people had to come up with an alternative. they were familiar with credit notes and started using them as a form of monetary exchange. Merchants started issuing paper notes backed by a monetary reserve and it soon gained the legal tender status, considering the need of the hour.

It traveled west in the 18th century during the American Civil War (1861-1865). The war had drained the country’s financial state that made it turn to the paper form of currency in order to preserve its valuable assets. Soon, provincial governments started issuing notes used by the public to pay taxes.

The first conversation rate was announced by the Brenton Woods Agreement that stated one troy ounce of gold is equal to 35 USD. However, US President Richard Nixon introduced a series of measures including cancellation of Direct conversion from Gold to USD in 1971, to preserve the gold reserves. Since then, all the countries around the globe started using Fiat currency as a medium of exchange.

As they say, Innovations arise when a problem does. Exciting how the world came from the barter system to commodity exchange to mere paper notes as a form of money, isn’t it?

But how does the fiat currency operate? Who decides on the producing quantity and how? Is it better than commodity currency? Sit tight as we answer all your questions in no time!

Do Enjoy Reading  How to invest in US Stocks from India?

No to miss out, Why Gold Prices are Rising? Reasons to Know

How does Fiat Money/Currency Work?

Fiat money is not backed by the intrinsic value of any commodity like Golds, Silver, etc. The money in itself does not have an intrinsic value and thus, cannot be redeemed or converted. The virtue of such a currency lies in the economic conditions of the country. Demand, Supply, Inflation, Government borrowing, and overall Global Exchange rates are some factors that determine the interest rates of fiat money in an economy.

Apart from this, the apex bank of a country like The Reserve Bank of India has full control over the issuing and regulatory decisions. This statutory body determines the flow of money in an economy to avoid situations like Hyperinflation or high fiscal deficit. Meanwhile, a large part of it is also controlled by the faith of its holders i.e. we the people. Fiat money will lose its value if people lose faith in it.

So, do we need the money or the money needs us? It’s the circle of a working economy!

Fiat Money vs. Commodity Money: Which is Better?

Fiat money is a government-issued legal currency with no asset backing. Commodity money on the other hand is regarded as the physical assets with an intrinsic value of their own. It is an everlasting debate of whether fiat money is better than commodity monies like gold, silver, bronze, etc. Well, history is proof that commodity money couldn’t be used as the only source of monetary exchanges as there is a limit to its production. However, human dependence on the production of currency has its own cons.

Do Enjoy Reading  Reliance vs. Amazon: Clash of the E-commerce Giants

An example is the crisis of an African Nation, Zimbabwe in the early 2000s. In order to sustain a staggering economy, they kept on printing currency notes which lead to a situation of hyperinflation. The case worsened to a limit that 1 trillion Zimbabwean dollars were worth 40 US cents. Such a situation has been observed by many nations at some point in time. Fiat currency is largely dependent on how the government of a country is working and strong their monetary policy is.

In addition to this, Fiat money is more prone to inflation than commodity money. It means that it decreases the purchasing power over time. This is why people tend to hoard gold or other commodity monies in the time of emergency. However, the focus word here is ‘overtime’. Fiat money is far more stable in value than commodity money. The Discovery of a new gold mine or influx of silver could plunge its price, resulting in inflation. History has witnessed its examples. Fiat advocates claim that it is the ultimate tool of trade and should not be replaced by tangible assets.

You may also like: Commodity Trading Risks & Ways to Manage to them

In similar terms, Although, gold seems like a good investment avenue, liquidity should not be compromised with. Especially in regard with the on-going world pandemic COVID-19. Gold’s not gonna buy the bread, only money will! What do you think? Can commodity money replace fiat in the future? Or we’ll have totally new avenues for the world to explore like digital currency! 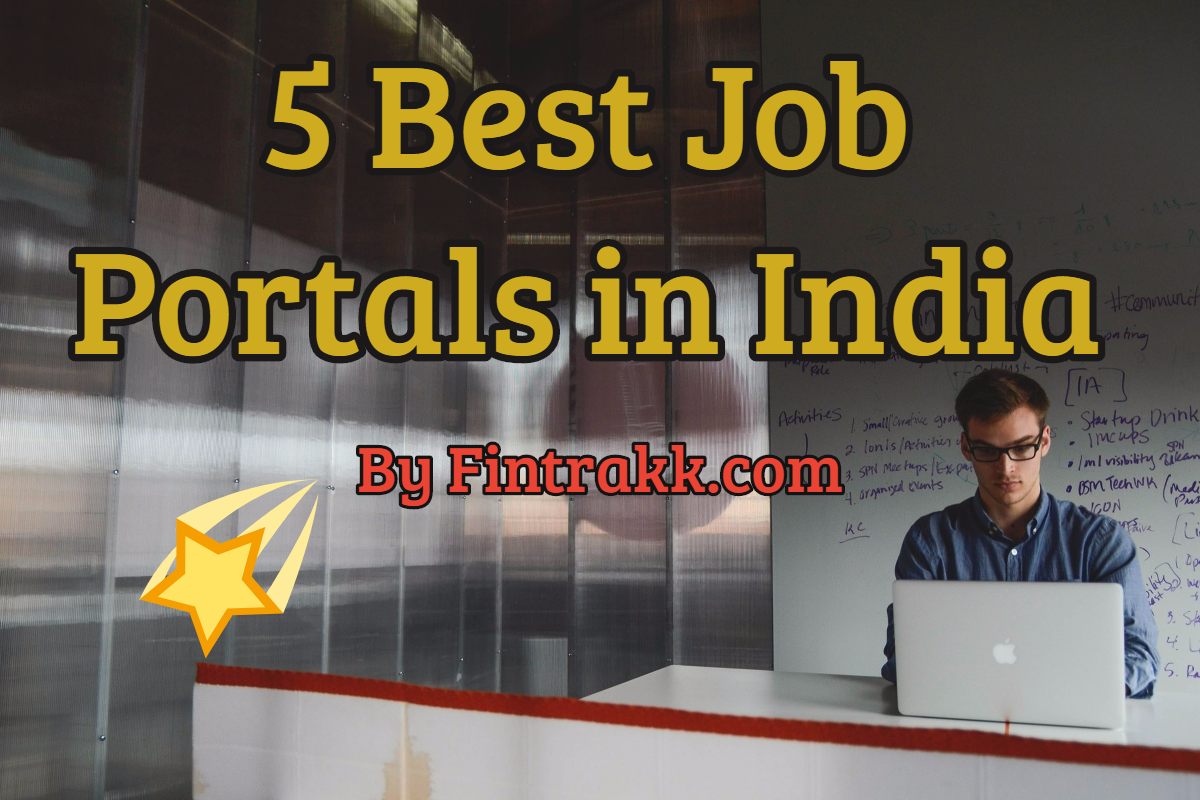 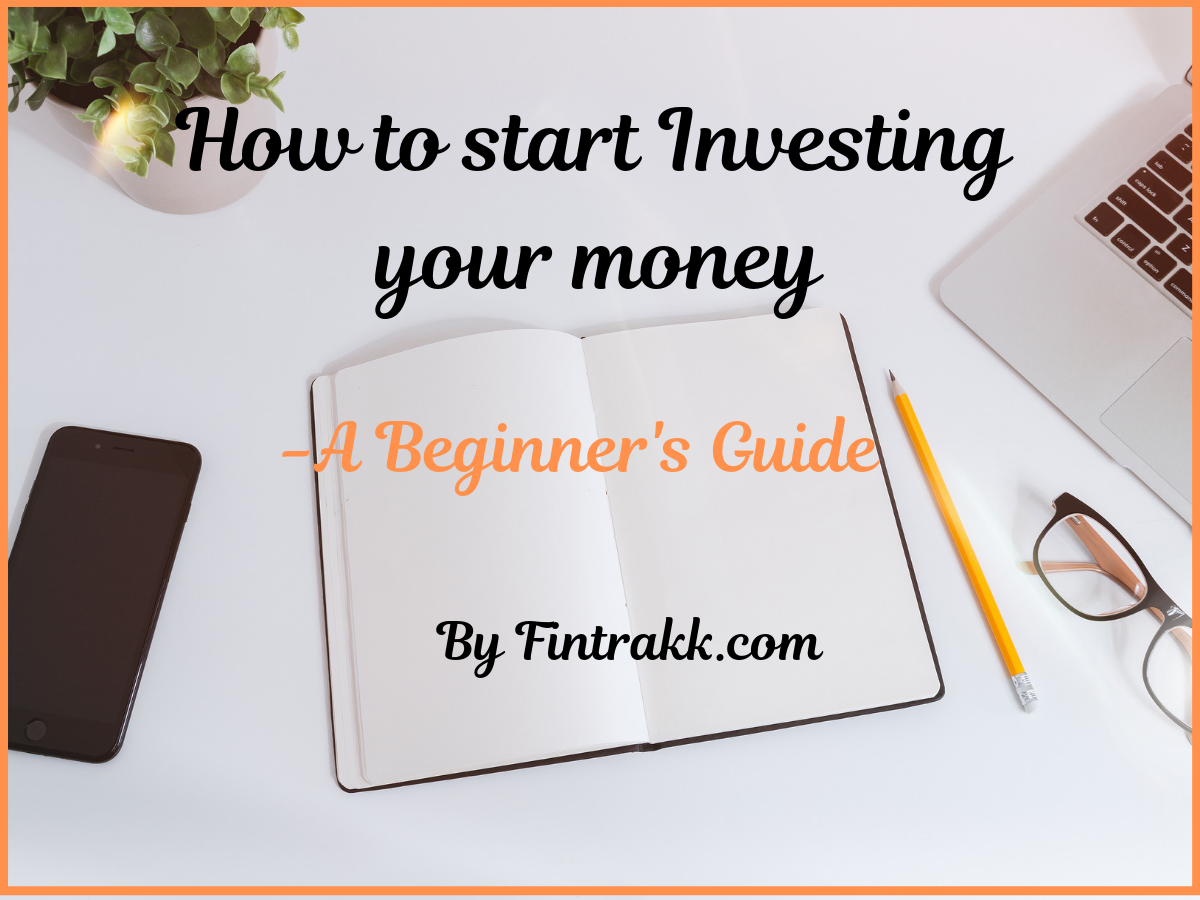 How to start Investing your money? A Beginner’s Guide! 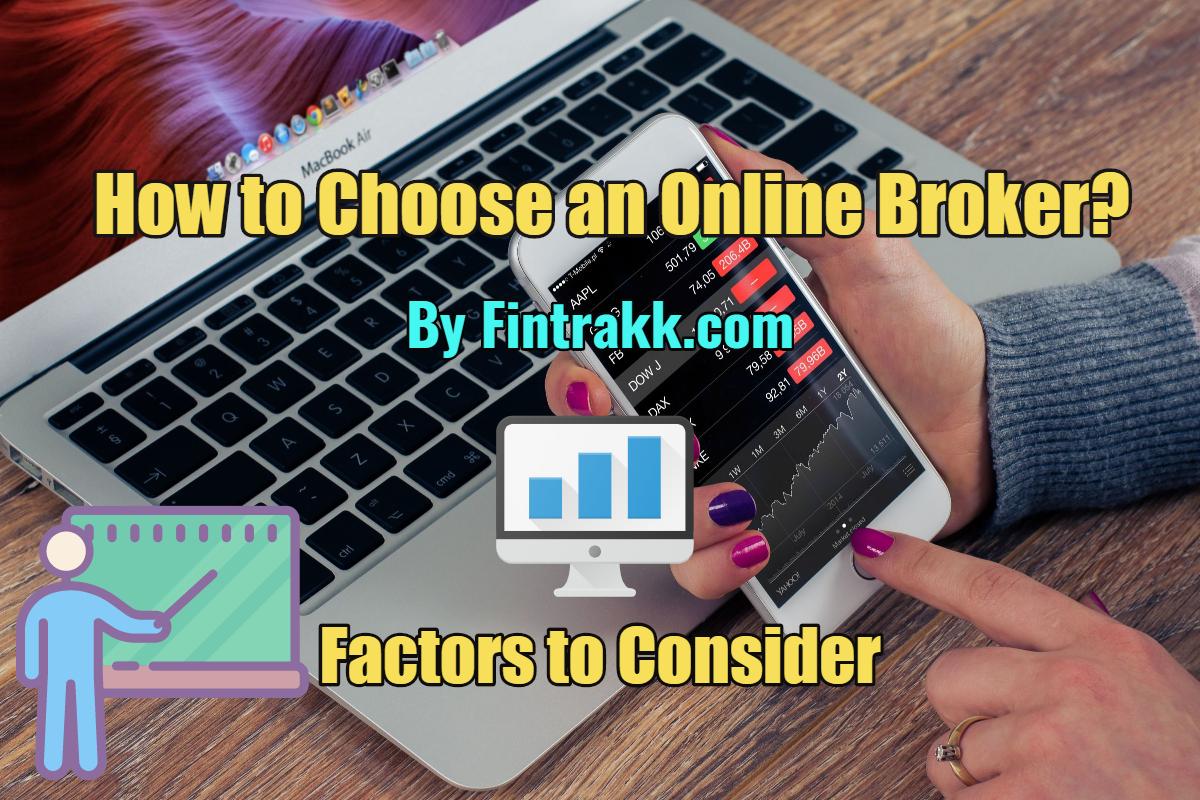 How to Choose an Online Broker? Factors to Consider 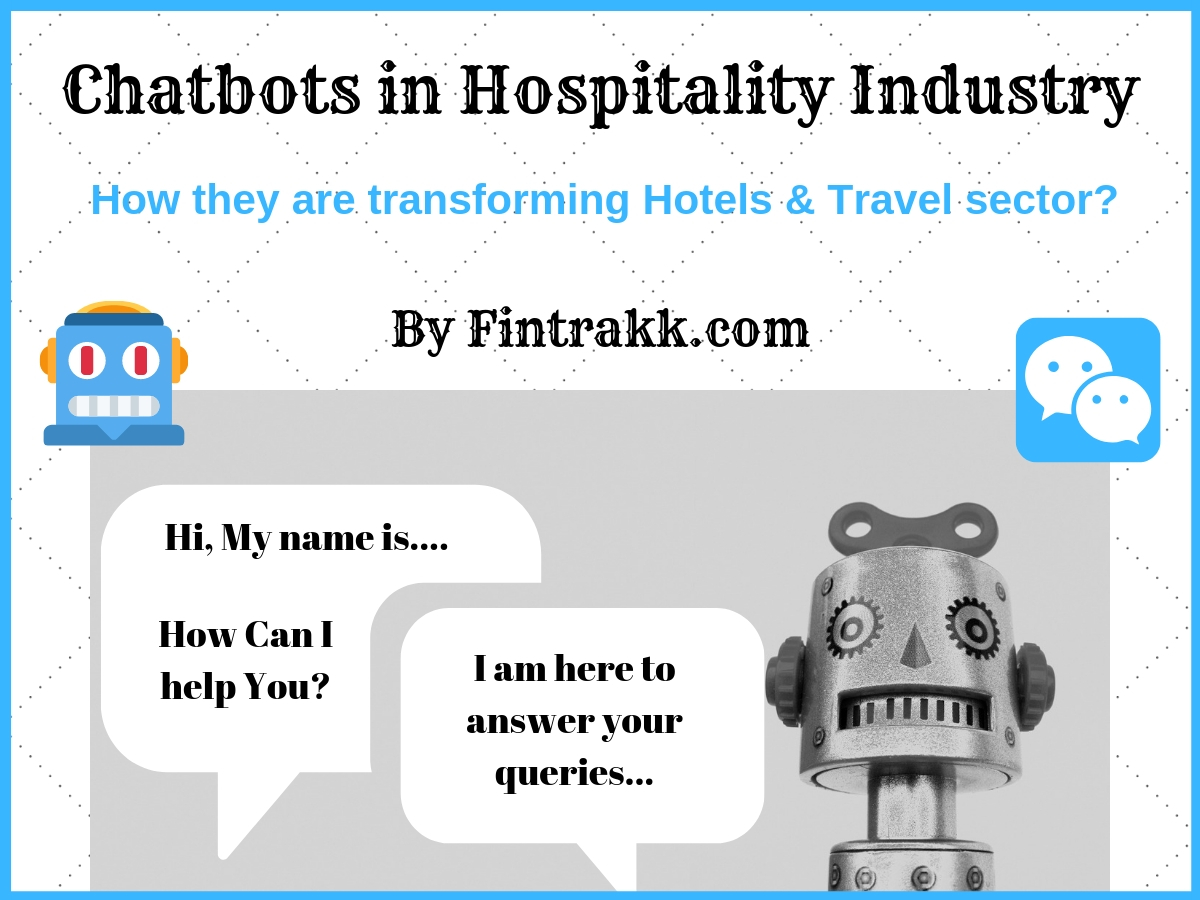 How Chatbots are taking over the Hospitality Industry?